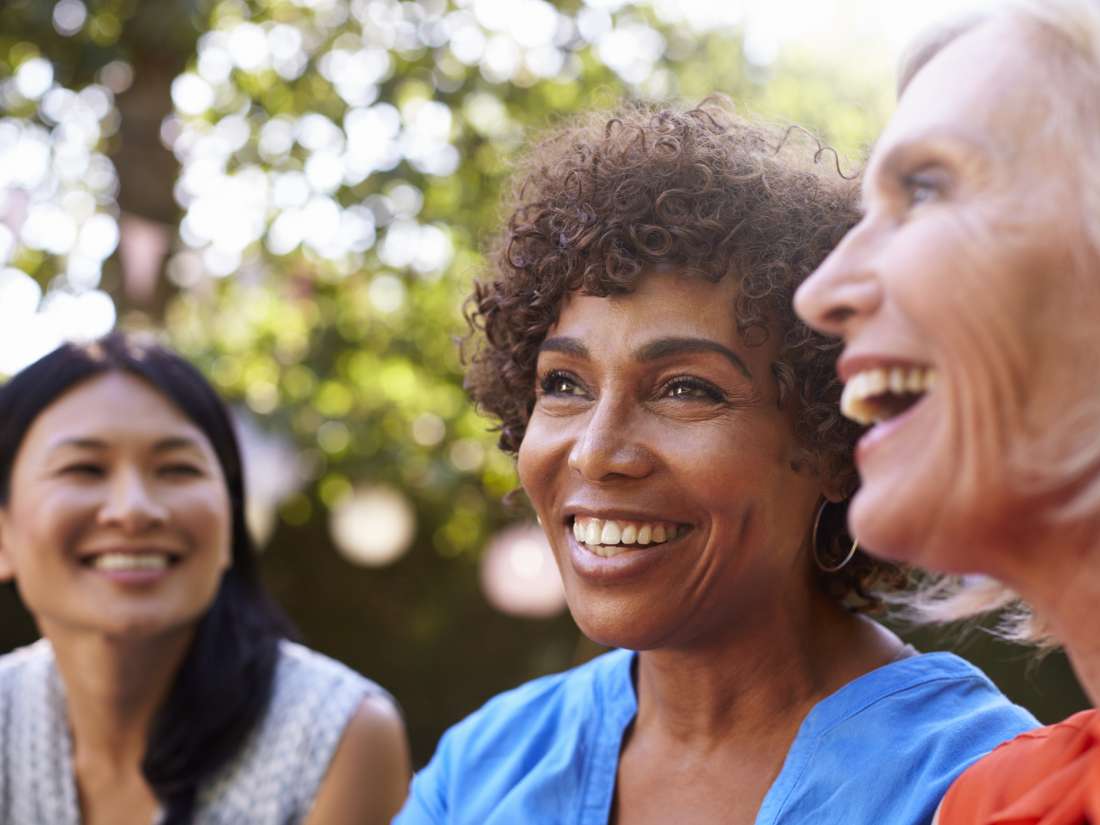 Spending time with friends could stave off dementia for those 60 and older.

The link between having a rich social life and brain health has received much attention in the scientific community.

Some studies have suggested that levels of social interaction can predict cognitive decline and even dementia, while others have shown that group socializing can prevent the harmful effects of aging on memory.

New research examines the link between social contact and dementia in more depth. Andrew Sommerlad, Ph.D., from the Division of Psychiatry at University College London (UCL), in the United Kingdom, is the first and corresponding author of the new study.

Sommerlad and colleagues started from a critical observation of existing studies. They say that numerous findings have suggested that frequent social contact can protect the brain, either by helping to build a “cognitive reserve,” or by reducing stress and promoting more healthful behaviors.

Many longitudinal studies have found an increased risk of dementia and cognitive decline in people with a smaller social network or less frequent social contact. However, the authors note, most of these studies had a follow-up period of fewer than 4 years.

Furthermore, a lot of these observational findings could be biased by reverse causation, which means that social isolation may be an effect rather than a cause of dementia.

In light of the above, Sommerlad and colleagues decided to investigate the link between dementia and social contact over a much longer period — 28 years.

The results appear in the journal PLOS Medicine.

Sommerlad and the team carried out a retrospective analysis of a prospective cohort study called Whitehall II.

The participants were clinically followed until 2017. During this period, 10,228 of the participants reported on their social contact six times, through a questionnaire that asked about relationships with relatives and friends living outside of their household.

The cognitive status of the participants was assessed five times, using standard “tests of verbal memory, verbal fluency, and reasoning.”

To determine the occurrence of dementia, the researchers looked at three clinical and mortality databases.

Friends may lower dementia risk by 12%

The study found that more frequent social contact at age 60 with friends, but not relatives, correlated with lower dementia risk.

Specifically, a person who saw friends almost every day at the age of 60 had a 12% lower risk of developing dementia later on, compared with someone who only saw one or two friends once every few months.

“[W]e’ve found that social contact in middle age and late life appears to lower the risk of dementia. This finding could feed into strategies to reduce everyone’s risk of developing dementia, adding yet another reason to promote connected communities and find ways to reduce isolation and loneliness.”

Senior study author Gill Livingston, a professor at UCL’s department of psychiatry, also weighs in on the findings. Although the analysis was observational, she ventures some potential explanations for the mechanisms underlying the findings.

“People who are socially engaged are exercising cognitive skills, such as memory and language, which may help them to develop cognitive reserve — while it may not stop their brains from changing, cognitive reserve could help people cope better with the effects of age and delay any symptoms of dementia,” says Prof. Livingston.

In broad strokes, the concept of cognitive reserve refers to the brain’s flexibility and capacity to use resources in novel ways to solve new problems and challenges. Things like education and finding out new information can help build cognitive reserve.

Furthermore, Prof. Livingston adds, “Spending more time with friends could also be good for mental wellbeing and may correlate with being physically active, both of which can also reduce the risk of developing dementia.”

This article was originally published by Medicalnewstoday.com. Read the original article here.